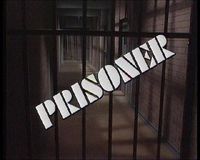 Prisoner became one of the most enduring tv shows in Australian television history and today, some 30 years on it is still being shown on television around the world. The series was produced by the Reg Grundy Organisation and ran on Network Ten for 692 episodes from 1979 to 1986.

Prisoner aired under the title Prisoner: Cell Block H in the UK and the United States, and Caged Women in Canada.

The themes of the show were often radical, including feminism, homosexuality and social reform. When the series launched in 1979, the press advertising used the line "if you think prison is hell for a man, imagine what it's like for a woman".

The series had an extraordinary humanity, examining in detail the way in which women dealt with incarceration, and separation from their families. Within the walls of the prison, the major themes of the series were the interpersonal relationships between the prisoners, the power struggles, friendships and rivalries. To a certain extent, the mis-fits who found themselves within the walls of the Wentworth Detention Centre became each other's family, with Bea Smith as a mother figure.

The majority of Prisoner episodes were filmed exclusively in Melbourne. Here is a guide to Prisoner locations...

Bear in mind that much of Melbourne has changed dramatically since the 1980's, however the following list has been compiled to help you on your way!

Flinders Street Railway Station was briefly used in the opening credits sequence of the first three episodes with Karen Travers walking past. Located at corner of Flinders and Swanston Streets, MELBOURNE.

The expensive bar where Wayne and Margo went to celebrate her release is in the Hilton Hotel, 198 Wellington Parade (corner Clarendon Street) EAST MELBOURNE.

28 Collins Street in MELBOURNE was used for location shooting in episode #2 where Bea is released, has her hair done, and calls Val. Bea catches a taxi on the north side of the street.

The brief sequence where Nick Manning collects Swedish business contact Arna Johanssen from her hotel was filmed in the entrance to the Chifley Hotel in Flemington Road, NORTH MELBOURNE.

Barnhurst: the building used to represent Barnhurst is located within a large expanse of parklands by the Yarra River in the inner-city suburb ABBOTSFORD. To reach the building enter the Yarra bike/walking track from Clarke Street, Abbotsford and follow the track a short distance to your left.

The first Driscoll House is on the corner of Yarra and Park Streets, ABBOTSFORD. The painted backdrop beyond the Driscoll House set shows a fairly accurate representation of the building opposite the real Driscoll House building. In other scenes the same factory building is used for location shooting as the factory where Barbara Fields employs Doreen and in these scenes it is clearly supposed to be located somewhere else entirely. After the factory burns down the Driscoll house painted backdrop remains unblemished.

When the Wentworth girls put on a concert at Woodridge, and later when they are transferred there after the fire, Woodridge exteriors were taped at the Willsmere Hospital, in Princess Street, KEW.

Meg and Dennis' flat is at 50 Marne Street, SOUTH YARRA.

Susie Driscoll goes to Chasers nightclub on Chapel Street, PRAHRAN. The nightclub has now been renamed ZOS. The Prahran Courthouse is on Greville Street, PRAHRAN, on the corner of Macquarie Street. This is one of the few locations where the interior of the building was used as well as the exterior.

The Prahran Courthouse was used in the following sequences:
- Pat O'Connell's trial and her subsequent appeal, with Greg Miller as a witness
- trial of Toni MacNally. Macquarie Street was where Roslyn Coulsen shoots Toni.
- trial of Caroline Simpson and Vivienne Williams, with Lizzie and Doreen as witnesses
- early trials of Doreen and Lizzie after stealing liquor
- the trials of Sharon Gilmour and Tony Reid, with Judy Bryant and Paul Reid in attendance
- Geoff Butler's trial for his attack on Meg, with Jim Fletcher and Meg as witnesses. Michael Simpson and Geoff butler met up in Macquarie Street after the trial
- Mum and Bea's trial during the amnesia plotline. Mum and Bea say their final goodbyes in Macquarie Street
- was also the scene of Michelle Parkes' trial. She thanks Amelia in Macquarie street.
- the front of the building (Greville Street frontage) was used to represent the police station when Meg bailed Nick Clarke out.

In episode 339 Judy's court scenes were taped at the Prahran Town Hall/Library at the corner of Chapel and Greville Streets, Prahran. Erica and Judy leave the building and turn and walk down Greville Street - right past the adjacent court building regularly used for courtroon scenes during the show's first few years.

In episode 340, when Erica and Judy meet for Jude's parole hearing, they meet out the front of 370 St Kilda Road, Melbourne (near Albert Road intersection). During the 100s -particularly during Meg's stint as a welfare and parole officer- this same building represented the Department offices.

Holly's Haberdashery, the shop that was the scene of the police siege after Margo, Wayne and Bazza's bungled payroll grab is in Bridge Street, PORT MELBOURNE. The building is close to the corner of Ross Street, the street that Margo turns out of just before losing control of the car and almost crashing into the veranda of Holly's Haberdashery.

When Tracey Morris had her trial, the South Melbourne Town Hall in Banks Street SOUTH MELBOURNE (opposite Perrins Street intersection and near Clarendon Street) was used to represent the court-house. The exterior and streetscape were used, but not the interior of the building. After the trial Tracey was kidnapped and driven around PORT MELBOURNE a bit. It looks a bit like Station and Evans Streets---the streets that run either side of the old railway line. Finally there is a shoot-out at the Graham Street overpass in PORT MELBOURNE.

The building that represented Blackmoor Prison is the old Melbourne Metropolitan Board of Works pumping station which is on Douglas Parade (corner Craig Street), SPOTSWOOD. This building was also seen in the film "Mad Max"(1979) as the Halls of Justice building.

The building is now part of the Scienceworks Museum and is open to the public.

A brief sequence featuring a released Lynn Warner back in the country town where her parents live was shot on the Belgrave-Gembrooke Road, CLEMATIS (close to Wellington Road intersection.)

Nearby township of EMERALD was where Doreen and Kevin went on an early lunch date when she accompanied him on a delivery. (A shop sign "Emerald Bakery"was briefly glimpsed in one scene, though it was difficult to make out exactly where they were as they sat in the truck the whole scene.)

The former Channel Ten studios are located at the corner of Springvale and Hawthorn roads in NUNAWADING.

Forrest Hill shopping centre in Mahoneys Road, Forrest Hill was used several times, however the buildings have all been drastically modified since then (famous picture of Lizzie at the bus stop was taken along here.)

Box Hill Hospital is on Thames Street, Box Hill. Hospital and the park opposite was used several times in the series.

At the intersection of Springvale Road and Burwood Highway is the Burvale Hotel complex. This is where, at one of the bars, Nick Clarke gets drunk and angrily smashes the window shortly after Meg rejects his advances at the end of episode 207. Much later, in episodes 344 and 345, Colleen stays in one of the motel rooms after leaving her husband, and Judy's daughter Lori is staying there having abandoned her newborn son at Driscoll House.

Later Lori, Geoff and Judy visit the Princess Elizabeth School for the Deaf.

Laburnum Railway station was used in the series when Paul Reid meets his son Tony at the station after the latter travels home after his release from prison.

The Pizza Hut on stilts where Mum and her daughter Lorraine Watkins (Anne Charleston) say their goodbyes in episode 2 and where the officers (Vera, Jim, Meg and Colleen) have lunch after completing training at the firing range in the 160s is in Ferntree Gully on Burwood Highway.

During their marital difficulties around episode 347, Colleen and Patrick Powell have lunch at the Wheelers Hill Hotel.

When rape victim Lindy returns to the hotel where she was attacked to act as bait to catch her attacker Tony, it is the Mountain View Hotel. Tony is later caught in the carpark.

Reb Kean's *very last* scene, where she is seen leaving the cafe and crossing the road, was taped at Blackburn Road SYNDAL in the outer eastern suburbs. The bridge you see in the background leads straight into Syndal Station on the Glen Waverley line, near the intersection of Blackburn and High Street roads. The cafe was also probably located here.

The never shown but frequently mentioned Pentridge Prison is on Champ Street, COBURG.

When Bea worked for the rich socialite it looked like WATSON'S BAY was the filming location.

Doreen's flat was in KIRRIBILLI. In an attempt to shake off the policewoman following her, Doreen goes to the National Theatre in Sydney.

Later scenes of Bobbie Mitchell working as a prostitute were filmed in KING'S CROSS.