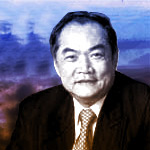 World Mayor, an annual project organised by City Mayors, aims to raise the profile of mayors worldwide as well as to honour those who have made long-lasting contributions to their communities and are committed to the well-being of cities nationally and internationally.

In 2004, Edi Rama won the Award for his achievements in turning the drab and neglected post-communist capital of Albania into a thriving western European city, before being chosen as leader of its Socialist Party.

As mayor, Dora Bakoyannis contributed substantially to the success of the Athens Olympics and ensured that the Games would be of long-lasting benefit to the Greek capital. After receiving the 2005 World Mayor Award, she was appointed Greek foreign minister.

John So, World's Most Oustanding Mayor

John So, the winner of World Mayor 2006, is Melbourne's first directly elected Lord Mayor. Born in Hong Kong, he is an example of the 'Australian dream'.

Now in his second term as mayor, John So's passion for his city, his enduring enthusiasm for his job, humanity and self-effacing manner have made him the most popular politician among younger Australians.

Melbourne's longest serving and first elected Lord Mayor John So can be viewed as a positive symbol of diversity in Australian public life. Elected to a second term in 2004, the affection shown for Mayor So in the Victoria state capital has even manifested itself in a tribute record, possibly the first city leader to enjoy 'cult status'.

So is widely accredited with the successful staging of the 2006 Commonwealth Games and his assiduous efforts to promote the city abroad. The Mayor is also held up as an immigrant success story.

Not many mayors can claim to have had a record made in their honour or a t-shirt proclaiming their name across residents' chests (the 'John So - he's my bro' garment, which was also the record's title).

As a mayor of Asian heritage in the strongly diverse city, Mayor So champions links with other Asian cities, emphasising sister city relations with Osaka, Japan and Tianjin, China and working within the Business Partner City Network of 12 global cities.

Melbourne is Australia's second largest city and describes itself as the nation's cultural capital, though its prominence as a financial centre is undisputable.

Since becoming Mayor, one of John So's aims has been to engage with young people and to make sure they know they are a vital part of Melbourne society.

One young Melburnian wrote: 'John So has captured the imagination of the people of his city. He has especially done so with young people. Where else in the world do people under 25 cheer and stamp and shout out the name of the mayor?'