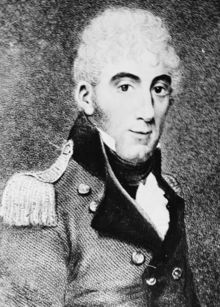 Collins established the first ever settlement in the state of Victoria at Sullivan Bay in 1803. Sullivan Bay lies 60 km due south of Melbourne. He sailed from England in April aboard HMS Calcutta, arriving at Port Phillip in October.

The site was chosen because of its strategic location near the entrance of the Bay. The settlement is significant because it was the first attempt to settle Europeans permanently in what is now Victoria and is a key link in the expansion of the colony of New South Wales into Tasmania and Victoria, and the control of Bass Strait as a trade route.

After landing at Sullivan Bay, he sent First Lieutenant James Hingston Tuckey of the Calcutta to explore Port Phillip. Tuckey's report and his own dissatisfaction with the site chosen prompted him to write to Governor King seeking permission to remove the settlement. When King agreed, Collins decided to move to the Derwent Rive in February 1804 where he established the future town of Hobart.

Collins left no published account of his work as Lieutenant-Governor at Port Phillip nor later as the founder of Hobart.

Collins has given his name to Collins Street, Melbourne